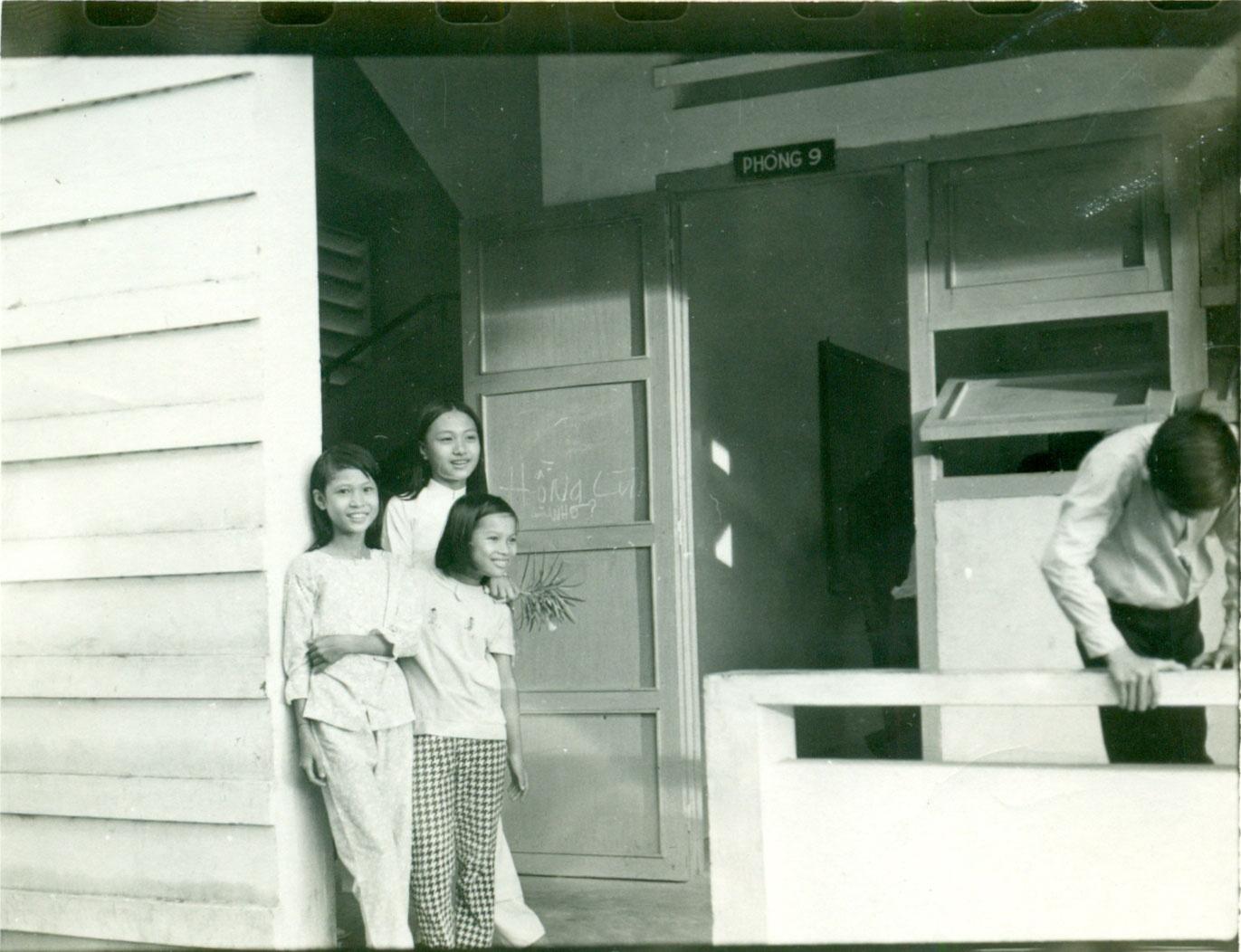 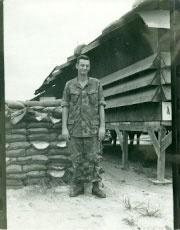 During my Vietnam duty as Marine Avionics Technician stationed at Da Nang Airbase, January through November 1970, I was approached by Marine Cpl. Tom Gorman from Boston, MA in July of that year.  He was teaching direct method English pronunciation at the Anh Sang Evangelical American Missionary School for War Orphans in Da Nang, Vietnam.  He wanted me to take his place at the school in the evenings.   Up until that time I had not had much direct contact with the Vietnamese, relegated to the electronics shop with my duties, with not much else to occupy my time.

I applied and was approved for this voluntary position in the evening in downtown Da Nang, after my Avionics shop duties were finished.   The school was basically an old Jesuit missionary building complex built during the French occupation era.  The Marines, Seabees, Air Force, Army, Navy had built a new concrete school building on part the old premises.

Every Monday, Wednesday and Friday, myself and 12 Marines from my unit H&MS-11, Mag-11, jumped up into the back of marine diesel truck with helmet, flak jackets and rifles (no ammunition) to drive into downtown Da Nang for that evening’s teaching.  A Vietnamese Army officer Lt. Thin or a Vietnamese Air Force captain would give that evenings lesson in Vietnamese and we “teachers” would pick up from where they left off with rote recitation direct method English pronunciation, reading from a Vietnamese-English primer.   At the end of each evening we were always invited into a dining hall of the old building, where we were treated to tea and cookies and a little conversation with the Vietnamese.   My fiancée at the time, Teresa M. Laramie, would send me letters from her students she was teaching as a student teacher in Florissant, MO and my students would do their best to reply through me.

When my time was up in November of 1970, I had one last class with these students.   It was a sad time as I knew then the war for the South Vietnamese was not going well as President Nixon had given one month off our one year tour of duty there.   I wondered how it would go when the North Vietnamese overran Da Nang.   I wonder to this day if my students suffered at the hands of their captors later in 1974 when Da Nang fell.   As I returned home on a jet from Vietnam to Hawaii and then onto San Francisco for discharge I was reading a book on how the English language was becoming the business language of the world.   I hoped my work helped these unfortunate orphans of war, and had not become an impediment for their future.

In December of 1971 I wrote a reply to Vo Thi Hiep who had written me after I returned to the USA:

It was really nice to receive a Christmas card from you.  In fact your card was the first one that my wife Terri and I received this year.  It was a very beautiful hand made of silk card.  This time of the year in the United States is very hectic and hurried.  Everyone is rushing around trying to finish their Christmas shopping.  When I think of all the good things that we Americans have; I start to think about the struggle your people have had.  Most Americans don't really know how good they have it.  I'm sorry to hear that the Ahn Sang school has closed down.  I'll always hope that my efforts there at Ahn Sang High School will bear some good fruit in the future.  I would like to say a special hello to some of my old students.  IF you should see them tell them hello for me.  They are: Nguyen Thi gHanh, Van Tri Trang, Lam Duc Bon, Pham Huy Hoang, Huynh Hgoc Tin, Le Thi Kim Huong, Nguyen Thi Thien Kim, Nguyen Thi Cuc.