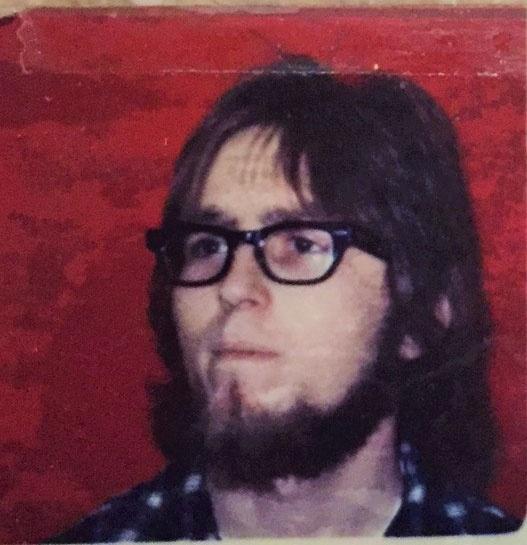 Title: "Reflections of a hippie"

One of my most distinct memories having to do with the Vietnam era is listening to the radio the night they drew numbers for the 1970 draft lottery. I had a gut feeling I was going to be okay, that I would draw a high number. Not too far into it the process my birthdate came up...August 16...my number was 44. My heart sunk, this was a low, low number, almost assurance I would be drafted and if drafted the chances pretty good I'd be shipped off to Vietnam. As a baby boomer born in 1949 my generation was being forced into serving and having to go fight "that crazy Asian war," (Ruby, Don't Take Your Love To Town). Problem was, many of us felt this was a nonsensical, non-necessary war. Others felt it was their civic duty to go and serve but for those of us who'd drifted into the growing youth counterculture that rejected the conventional politics of war, civil disobedience was the path we chose. We felt the whole domino theory of Southeast Nations falling under communism was not something we needed to potentially die for, that our generation was being needlessly slaughtered. I wasn't concerned whether the small nation of Vietnam went communist, or not. Resistance to the war became a priority. I participated locally in college campus moratoriums where we were purportedly watched by government representatives on tops of the campus buildings and I participated in demonstrations in Forest Park. I was fully immersed in the resistance to this war. My father, who was a teenager in WWII, at least initially held a historical perspective that "when your nation calls, you serve." He and I were at odds. He was already unhappy with my long hair and hippie lifestyle, this only worsened our divide. However, as the national attitude, shaped by increasing resistance by youth all across the country, primarily on college campuses and heightened by more and more deaths, impacted parents my father began to make less sense to my father as well and he gradually came to believe also that these deaths were needless and unnecessary. He began talking about sending me to Canada to live. I didn't want to have to go to another country to resist but at the same time, I wasn't sure what to do. I watched and heard countless stories of how others avoided the draft but none fit my situation. I didn't want to dress up like a girl or act psychotic if I got called for the physical that preceded being drafted. Nevertheless, I got the letter stating my date and place for the dreaded physical. I took a letter with me from a Dr. friend of my father's citing my lifelong heart murmur. The Dr. at the physical took one quick look at it, make a harrumph sound and pitched it in the trash. That was that. A few weeks later I received my draft card with a prominent 1A on it. I'd been deemed appropriate to be drafted into the army. Then, a somewhat fortuitous thing happened. My girlfriend and I had broken up and I was having a tough time getting over it. My folks decided I should see a counselor so they arranged for me to see a Psychologist at Barnes Jewish hospital. As the Psychologist and I got to know one another I told him I was feeling really depressed and that the prospect of being drafted was looming. He asked me if I would want him to write a letter to the draft board. I, of course said yes. He did and within a couple weeks I received another draft card, this one with a 4F on it, declaring I was not suitable for service. (I later discovered, in a visit to the draft resistance office on Delmar, that this Psychologist was a sympathizer, which explained his readiness to help). I know many people to this day look down upon people who did what I did but I haven't changed my thoughts one iota about that war. I thought then and still think it was a fruitless, horrible waste of money and lives, the lives being most important of the two. I certainly never held any disdain for those who served, I understood they did so out of a sense of patriotism, I just felt they were being duped. What bothers me to this day about Vietnam is that it could and should have provided a major lesson for this nation in terms of when or why we would decide to send young men and women off to war, that we have a sacred duty not to do so unless it is absolutely unavoidable, that it is necessary beyond question. But as usual, we have short memories in this country and I feel we are still on the warpath. In that sense, now as an older man, that hippie kid is still alive and well, inside me.