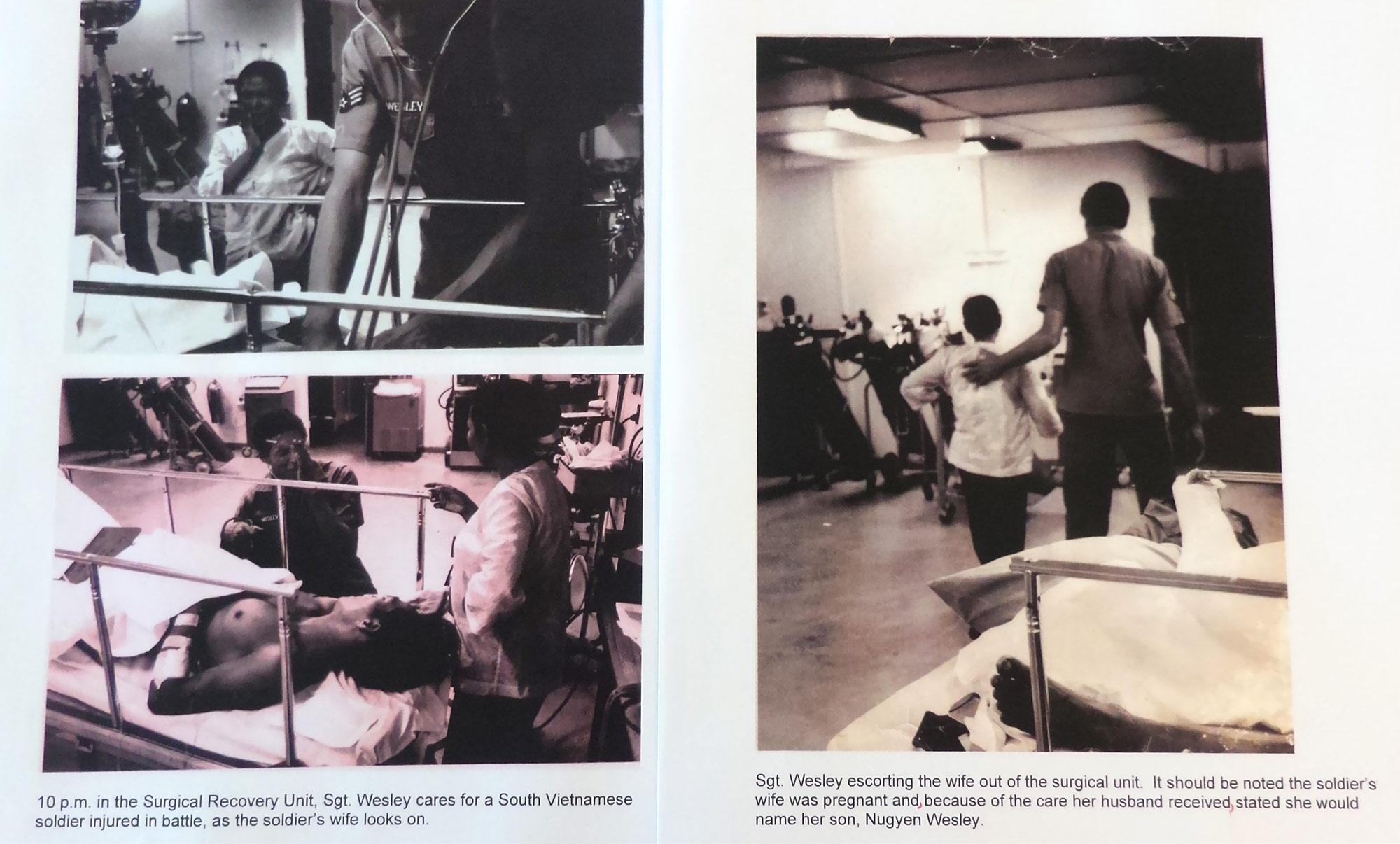 My name is Clayvon Ambrose Wesley. I was born in Newark, New Jersey. In September of 1966, I enlisted in the United States Air Force and received basic training at Lackland Air Force Base in San Antonio, Texas. I was later ordered to Sheppard Air Force Base where I received training as an Air Force Medic with a concentration in Minor Surgery. My first station of duty was Griffin Air Force Base in Rome, New York where I was assigned to a unit specializing in Intensive Care Surgical Recovery and Pediatric/Neonatal care. On September 1969, I received orders to report to the Air Force Base in Cam Ranh Bay, Vietnam. I was 22 years old.

When the TWA plane landed and the Stewardess opened the door, the cool air was sucked out into the hot night air and a strange smell rushed in filling the vacuum. It was a frightening moment and the memory of the heat and that strange smell that I came to associate with war and death still lives with me to this day. This was the beginning of my tour of duty in Vietnam.

While in Vietnam, an African-American photographer came to our Unit at the 483rd Hospital Group and took the following photographs. His assignment was to photograph African-American service men serving in critical positions in Vietnam. I happen to be one of those Veterans. The attached photographs are now part of the National Guard photographic story of Vietnam Veterans, and this exhibition has been viewed throughout the State of Missouri and the State Capital.