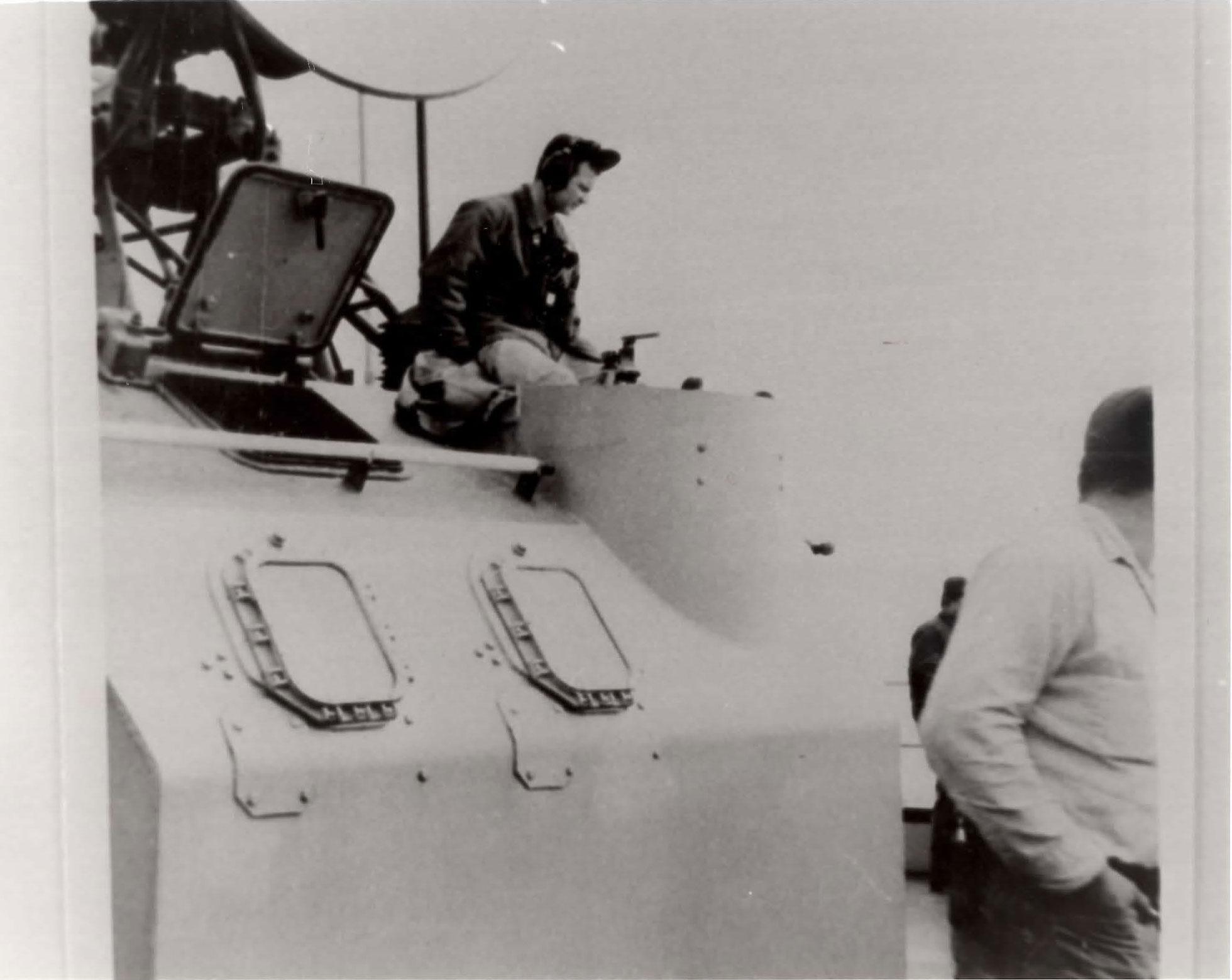 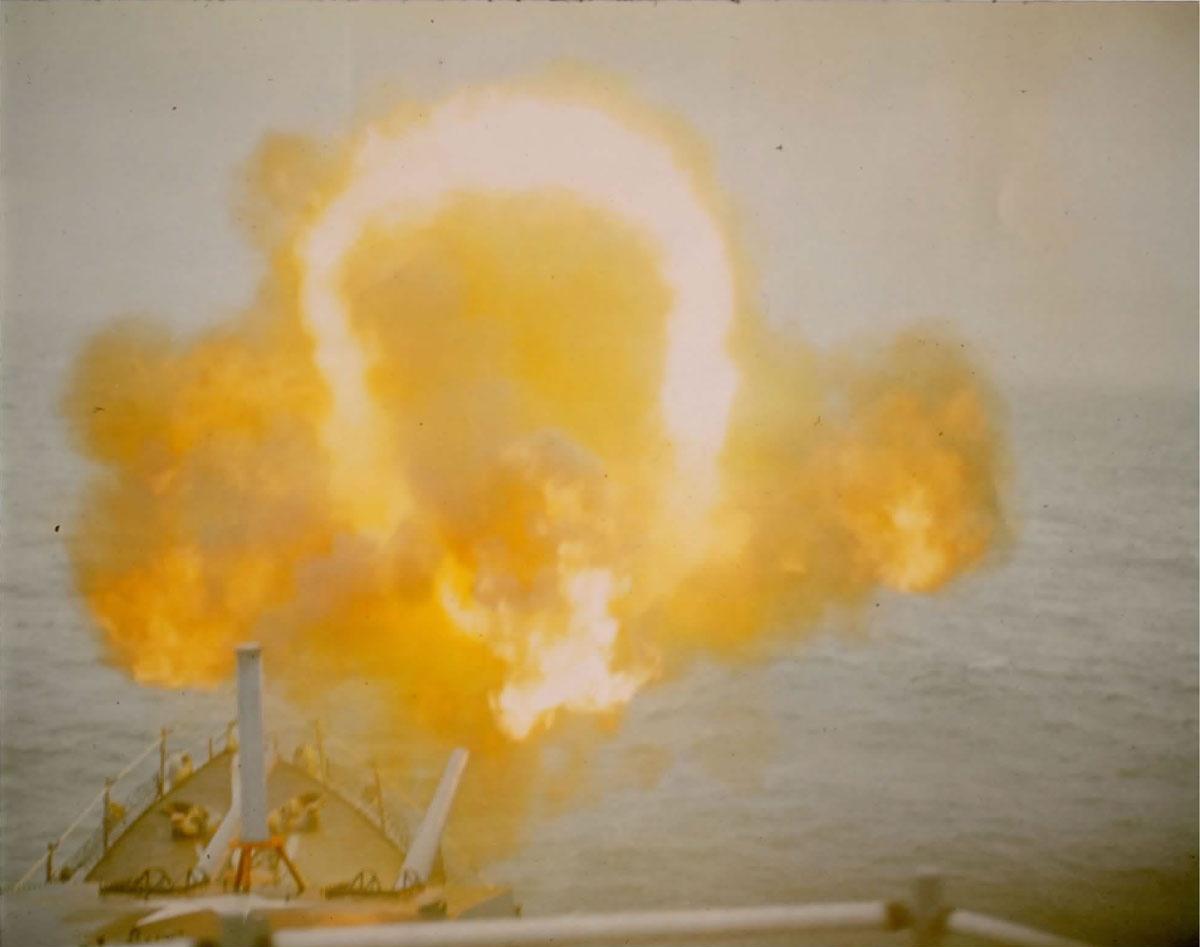 It was my honor to serve my Country in the Vietnam/South East Asia(SEA) Theater on several separate occasions during my twenty plus year U.S. Navy career. My theater assignments occurred during the period of 1964 through 1973. It is important that children today learn the history of Vietnam including the root causes for the French Colonial conflict that eventually lead to a non diplomatic aggressive strategy in the early 1960s and subsequent U.S. involvement that would cost more than 58, 000 Americans lives. My Vietnam experiences provide several first hand perspectives. One perspective occurred before the USS Maddox attack, one during the conflict and one near the end of the conflict.

On July 5th 1964, I was one of five Midshipman assigned to the USS Fort Marion (LSD -22) for our summer training period. I and a classmate from the Naval Academy, and three Midshipmen from Georgia Tech made up the Midshipmen contingent.  It was early evening when the special sea detail was set. The Fort Marion, a Landing Ship Dock, flooded down at the pier in Subic Bay, in the Philippines; then opened up the stern gate to take in what we thought were to be typical landing craft. Remember this is July 1964 before the USS Maddox attack. What we actually loaded aboard were two (2) PTF Nasty Class PT boats flying U.S. flags. They rested very nicely on two PT boat cradles in the well deck after the water was pumped out. The load out complete, we set sail that evening and steamed for two days arriving in Da Nang, Vietnam on July 7, 1964. We flooded down and discharged our cargo into Da Nang harbor. However this time the PT boats were flying South Vietnamese flags. These two joined several others at the pier in Da Nang. The Fort Marion operations officer invited me to join him in the Captains Gig because he was tasked to take overlapping photographs of the entire Da Nang Harbor coastline. That task complete we tied up to the pier where our newly delivered PT boats had joined the others. We were told by authorities that we weren’t welcome there and we should “forget what we saw” It was only many decades later that I learned about OPLAN 34A which was a U.S. inspired clandestine PT boat operation conducted from Da Nang on the North Vietnam coast to attack installations and capture North Vietnamese persons of interest. We five Midshipmen had witnessed one aspect of a secret U.S. grass roots foreign policy that day. It raises the question whether the attack on the USS Maddox in August 1964 was a defensive or offensive move by the North Vietnamese. Unfortunately the USS Maddox attack provided the excuse for the escalation of the conflict to what it became.

My next assignment began in Early October 1966 when I reported for duty aboard the USS Keppler DD-765. We got underway the next day for Vietnam. After we left Japan for the Tonkin Gulf in November 1966 I was assigned the collateral responsibility as the General Quarters (GQ) and one of the two port and starboard watch Fire Control Officers (FCOs) during the period of November 1966 through late March 1967. The assigned FCO transferred off the ship in early November 1966 in Japan for a medical issue. Prior to his departure, he had been the FCO for all live firing exercises in preparation for the cruise. So without any formal FCO training, and some limited OJT, I became the General Quarters FCO for the remainder of the cruise. As it would turn out, the only live firings I would participate in were always in a combat environment. The ship participated in “Sea Dragon” operations in December 1966, February, and March 1967 when we took many North Vietnamese sea borne and land targets under fire. While operating on Operation Sea Dragon on March 11, 1967, our forward gun turret Mount 51 was hit by North Vietnamese artillery. Luckily there were only 6 wounded and no fatalities. Three of those wounded were my men. The FCO replacement officer finally reported on board and became the GQ FCO during our return home in the Indian Ocean later on in March 1967. It may be possible that I may be among a few GQ FCOs who controlled 5 inch gun fire in combat but never in training or during exercises.

After leaving the Keppler, I went through A-6 Bombardier Navigator training and was assigned to VA-176 (VA-176 was the only A-6 squadron that did not deploy to Vietnam). An unexpected aircraft ejection and resulting injuries forced me to leave the squadron early and move onto my next assignment at the Naval Plant Representative Office (NAVPRO) Baltimore at the Westinghouse Defense Plant as a contract administration program manager. During this assignment I was given the additional responsibility to manage the Quick Reaction Capability (QRC) PAVE SPIKE program. PAVE SPIKE was a LLLTV laser designator pod for the USAF F-4D aircraft. We went from contract award to hardware delivery in about 12 months. This was quite an accomplishment in the defense procurement business in those days enabling the hardware to be deployed before the end of hostilities. As we began hardware deliveries, the USAF Program Manager requested that I be the courier for the #4 PAVE SPIKE system from Baltimore, MD to the 8th Tactical Fighter Wing located at Ubon Air Base in Thailand. Being at Ubon enabled me to see first hand the AC-130 Gun Ship operations and other USAF operations based at Ubon near the end of hostilities.

What must not be forgotten is that the Vietnam conflict was fought with many limitations and restrictive rules of engagement for a long period of time. There wasn’t any political appetite to win the war outright and as a result we did what was necessary to disengage and left the field to the North Vietnamese. Many American lives and expensive material resources were needlessly wasted as part of the conflict.